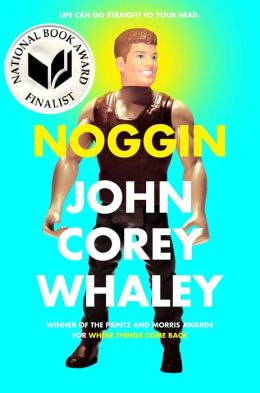 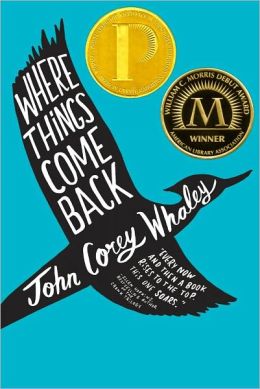 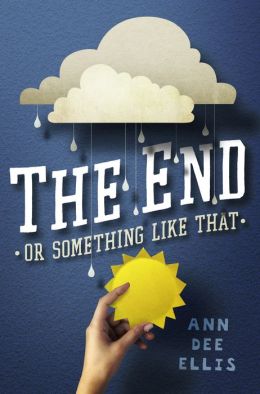 My most recent read is Ann Dee Ellis’ The End or Something Like That. The loss in this book is real and present from the beginning as we see Emmy’s intentions to reach beyond the veil to her best friend Kim, who died almost a year before the events of this book. Again, Ellis pushes boundaries a bit in this book as Kim sees and talks with dead people (not in a Sixth Sense sort of way, since Emmy is really trying to commune with the spirit of her dead friend). But the exploration of loss in this book (and, to an extent, in the others as well) is complicated and made more authentic by the fact that Emmy–as we come to find by the end of the book–is wrestling with the consequences of her own human frailty as its connected to Kim’s death. In some ways, I found this book to have the most compelling treatment of loss and our human imperfections in the face of devastating loss.

What I love about these books first off is their sophistication–and that’s true even of Noggin, which at first I thought would be too irreverent and sophomoric to be taken seriously. The loss that each of the characters in these books deal with is real, and the authors take the emotional impact seriously; their characters navigate treacherous waters of grief and healing in authentic ways. (Some of the sophistication, I think, comes from the experimental aspects of Noggin and The End or Something Like That, which is an aspect of young adult literature that I’m consistently impressed with.)

Reading these three books so close together had me thinking about those who read these books and their responses to them. I’ve known plenty of teens that have had to deal with loss in all forms–from deaths of loved ones to loss of their own dreams to loss of a familiar family structure from divorce. I’m grateful that books like these exist–and are so well-written–so that readers might have some help adjusting to the consequences of loss (or at least to know that they’re not alone in their feelings).

However, I also think that adults are drawn to books like these for important reasons. Some of these reasons overlap perhaps with the reasons why adults in general are drawn to young adult lit, but there are important differences here that separate the appeal of these books from that of the Harry Potter and Twilight series. We all have to deal with loss, and I don’t know that we ever get very good at it; each loss can be unique in its significance and its consequences. In some ways, each new loss is a new shock to our system, and even if we’re older, we can sympathize on some level with the teen characters in this book who are, for the first time, encountering significant loss. We see ourselves in their pain and attempts to heal, not because we can remember “what it was like to be their age” but because we, still, feel the way the world seems to turn upside down when we lose something or someone that we care deeply for.